What is the Enneagram?

Colloquially described as a set of nine personality types, the Enneagram is essentially a map of the human psyche. The nine “types,” ranged along the circumference of the circle in the accompanying diagram, are facets of the human personality we all contain; but we come into the world with a predisposition towards one of them, and in early childhood it will solidify into the basis of our personality structure. The inner lines of the diagram demonstrate the complex relationships among these dimensions of who we are. We can be happier and healthier if we become more mindful of the motivations that underlie our personality structure and the limited psychic perspectives that form the core of our suffering.

Where does the Enneagram come from?

The wisdom of the Enneagram draws on insights developed in various spiritual traditions: for instance, the Desert Fathers and Mothers of the Christian monastic tradition spoke of “deadly sins” that correspond roughly to the “passions,” or vices, of the nine types, and the Sufi tradition developed its own personality typology, as well. The 20th century mystic G.I. Gurdjieff associated these elements with an ancient symbol that had appeared in speculative works since the time of Pythagoras. The father of the contemporary Enneagram, however, was the Chilean philosopher Oscar Ichazo, whose student Claudio Naranjo went on to elaborate our contemporary psychological understanding of the type structures. He then taught it to such seminal figures as Helen Palmer, Sandra Maitri, and A. H. Almaas. From the 1970s onward, it was also popularized as a tool for Catholic spiritual direction by the Jesuits of the United States and by the Franciscan friar Richard Rohr. While many schools of thought have emerged to interpret the Enneagram’s wisdom, its students believe that the figure describes human psycho-spiritual reality as it actually is. In other words, it is a discovery rather than an invention.

Is the Enneagram “legitimate”?

Some claim that the Enneagram has never been scientifically validated. In fact, it is extremely difficult to validate any personality model; those that are most successfully validated, like the Big Five, are much less complex than the Enneagram. Still, empirical research on the Enneagram is picking up and is demonstrating remarkable success. One of the many Enneagram “tests,” Jerome Wagner’s Wagner Enneagram Personality Style Scales (WEPSS), is positively reviewed in Buros’s Mental Measurements Yearbook, the “Bible” of testing in the field of personality psychology. (Tests that you will discover online vary in helpfulness and are not always a good substitute for a narrative approach to self-understanding, which can be facilitated by a trained teacher.)

Despite the Enneagram’s deep history within Catholic Christianity, some church communities also question whether it is compatible with their teachings. While its language does not presuppose any particular theology, the Enneagram also does not contradict anything within Catholic teaching.

How can I learn more?

Many wonderful resources exist for better understanding the Enneagram. I am certified in the Narrative Enneagram Tradition founded by David Daniels and Helen Palmer. I can introduce you to the Enneagram as a spiritual director or coach; as a workshop or retreat leader who can bring it into your workplace, community, or family; or as a teacher or dialogue partner for those interested in learning more. If you are curious to find out which of these nine styles forms the basis of your own personality structure, I am happy to offer an assessment session that also includes a basic introduction to the system. 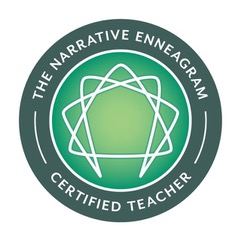